“Entire Recruit is the most powerful system that we came across.” 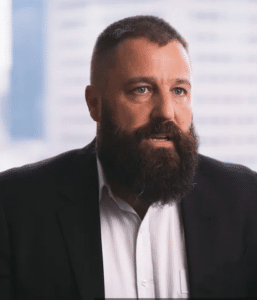 What we do is very short on time. We have schools that will contact us at 8:00 AM in the morning, and they need a teacher there for 8:45 AM. Tradewind is an organisation that provides teachers and social workers to schools and not for profit organisations. You’re talking about high numbers of teachers going out, which is part of the reason why we went to Entire Recruit. Because it is very intensive. Within two to three months, we just noticed how much more time the consultants that work for us had in their day. So suddenly, we’re talking to more teachers, we’re talking to more schools, we’ve got the ability to ensure that the customer service levels are far higher than they had been before because the allocations that we used to take so much of the day was done in a quarter of the time.

Once it got installed, I think the thing that we immediately noticed was how much quieter it got in the office. To the point that I almost got a bit nervous initially. I thought, “Are we growing or are we shrinking”? because I can’t hear any noise. And fortunately, we were growing. So our goal for growth year to year is about 25% and over the last couple of years, we have been growing about 40% per year. Over a year I believe we have just ticked over 50,000 teacher days this year. So there’s a huge, a huge growth where we were just 3 years ago. It was more successful than I could imagine. There were no backward steps taken across the business and the forward steps taken, particularly on the education business, which is just such an infrastructure and employee heavy part of our organisation was light years ahead.

We had another database, that said it was going to be a lot of things that it probably wasn’t. We just got tired of hitting our head against the wall of saying, we need these changes made for the database to work for our needs. Prior to going to that organisation, we’ve worked off spreadsheets and it’s just impossible via a spreadsheet. We went to 3 different databases. One was much more off the shelf, less ability to bespoke and a much higher cost. And, Entire Recruit just had the real combination of a great cost and just the most powerful system that we came across. What impressed me beyond belief was, I was so used to such a constricted system, but with Entire Recruit the simplicity of it, but then there is the hidden power that is there as well. We went to Entire Recruit. We put a shift on the school. It would then throw up a search and that search would have everyone ordered by proximity. Bring up that list. We could fill that list in different ways and then we could send that to one teacher. Or we could say, “Look, here are five teachers” “who are coded as excellent within the system.” They are within proximity of the school. Let’s push this shift to all of them. Push notification or a text message that says you have a shift available. They can then look at their app and say “Oh yeah great, love to go back there.” It just means we’ve got a live available list of teachers. And that was the hardest thing to track in any other way. For what we’re doing it is vital. So many of the things that we’ve been asking for from the other organisation, Entire Recruit already did. They’ve come out much more than other database providers that we’ve had previously would do, and we’d sit down and talk through what the problem was that time that was invested. Looking at how we structured things, looking at a core understanding of our business meant that when we were trying to structure up into the new database, it was a two-way street.

When we came to Entire Recruit we were probably pretty, I think, blown away is probably not too far a stretch. Entire Recruit, they came out and they really wanted to get to know our business. And I think, that meant that when we were trying to structure up into the new database, it was a two-way street. It wasn’t just them saying, “Here’s the structure of our database,” “fit your information in.” We didn’t need to change the way that we operated. It was fundamentally, we need to see how the database can augment what you do but will add in all these features that make the way you operate currently, simpler.

We found that the process was ridiculously fast with Entire Recruit. I think within a month, there was not a person within the organisation that questioned the change. There were things that we could do with Entire Recruit, that we’d never dreamed of being able to do. It was a more powerful system than we’ve used previously. And I remember probably the first six months a lot of phone calls I made to Entire Recruit. I said, “Look it works this way,” “It would be great if could do this.” And so often the answer to that was, “Oh yes. No, it can. What you need to do,” “is you just need to go in this screen” “and there it is.” And that’s what, yeah, what impressed me beyond belief. The simplicity of it, but then there is the hidden power that is there as well too. Bespoke to it what you want it to be.

Book a free demo with one of our industry experts to know more about our staffing software for your education industry.